History of Engineering Society for Corrosion

Engineering Society for Corrosion, which is the legal successor of the Union of engineers and technicians to protect the material Serbia and Montenegro, the professional social organization that is a member of the Association of Engineers and Technicians of Serbia. Engineers and Technicians to protect materials Yugoslavia, as originally called the Society for Corrosion Engineering, at the beginning of their work had more in 1952. through the Commission for Protection against corrosion. This committee existed in the Society of Chemists and Technologists of DIT, although some roots of corrosion protection mentioned before World War II. The initiators to form the country of the commission were dr.inž Frano Podbrežnik, Prof. Dr. Blažon, Prof. Dr. Milan Pajević and Sveta Zivanovic. The Commission has 15 active members and has worked in three sub-commission.

January in 1953. year, the Commission became the center for corrosion protection with the essential task of working to protect all materials , machinery, equipment and installations. In its first year of existence the Centre has formed his service station for phosphate and joined the release of its professional publications.

After the founding of the Company formed its own central laboratory for protection against corrosion, which later grew into two public companies: Institute of Materials and the company Antikor. The Company successfully organized various seminars, lectures and courses which train engineers and technicians of various specialties of corrosion and protection possibilities of it. The Company continues to further successful work in the publishing industry print publications and a variety of popular scientific books .

During the 1955th the decision is made on organizing a conference entitled ”Corrosion and Protection of Materials ”, that will be the time traditionally held every three years. The first conference under this title was held in Belgrade in 1956., and the 20th anniversary the conference was held 2006th in Podgorica. Through the Conference passed thousands of engineers and technicians , who have made a significant contribution to improving the image of this consultation amongst the profession at home and abroad. 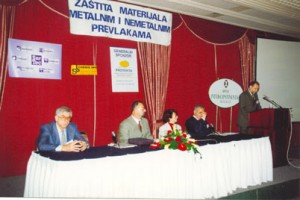 Opening of a Conference 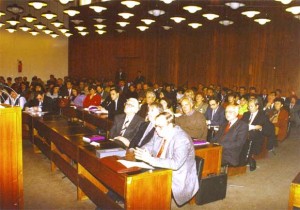 Working Part of a Conference 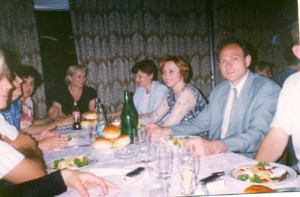 Professional work of the Association took place and is still taking place across the Commission in metal and conversion coatings, organic coatings, fire protection, and corrosion protection in the industry, protection of buildings, wood preservation, protection of the environment. Members of Engineers Society for Corrosion had a large share in the economic development of participating in various committees and boards which were brought by various laws , regulations and standards in the field of materials. The members of this society do have a number of projects and studies for various companies in which they solve practical problems.

In the last twenty years Engineering Society for Corrosion and its members had a very difficult time in their work. Thanks to the persistence of members and good organization of society has managed to overcome the critical moments of existence caused by events in society and the loss of stable sources of funding. Permanent collaboration with SITS machine and the Association of Engineers and Technicians of Serbia for the protection of materials and greater involvement of members, have meant that finding new forms of action and secure funding.

Union of Engineers to protect materials Yugoslavia – Engineering Society for Corrosion of great importance in his work is given to international cooperation. SITZAMJ immediately after its foundation, in 1954. , involved in international cooperation. Already in 1956. year, the Alliance is a founding member participated in the formation of the European Federation of Corrosion, EFC, which now has 29 members from 24 countries.

Within 59 years of its existence and activities of the Association of Engineers of Materials Protection Yugoslavia – Engineering Society for Corrosion, major contribution to the existence and activities of the Association gave our great expert in corrosion and a teacher of many generations of students of Faculty for Technology and Metallurgy, University of Belgrade, professor Sreten Mladenovic. 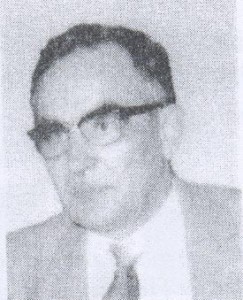 Today the existence of Engineers Society for Corrosion, of which he was president from 1991 to 2001, and the regular publication of the journal “Materials Protection“ (editor in chief from 1981 to 2002.), the largely be linked to personal involvement and enthusiasm professor Mladenovic. He was full of love for the work they do and eager to share their knowledge and skills give a new generation of students and professionals in solving the problem of corrosion, which was a lot in our country. 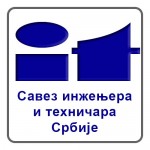